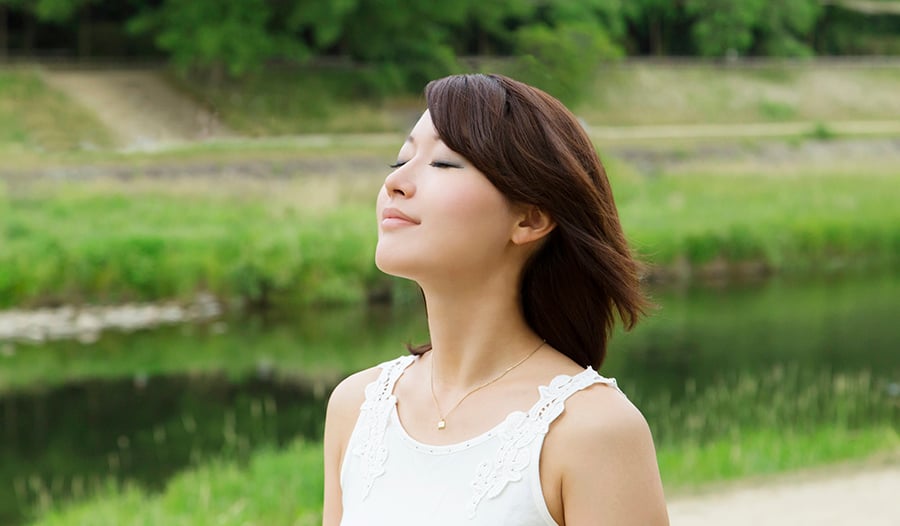 Virtually all of us take the ability to get a good breath of air for granted. Particularly for those suffering from chronic sinusitis, asthma, bronchitis, chronic obstructive lung disease, and other diseases of the respiratory tract, an effortless breath of air is greatly appreciated.

People with respiratory and lung conditions often have more problems during the winter months or when they are exposed to more air pollution or smoke. In the winter, it is not only increased exposure to viruses that gives those with respiratory challenges concern, it is the increased breathing of recycled dry, warm indoor air. This air dries out the airway membranes. As a result, the water content of the mucus is reduced, making it thicker and more difficult to clear from the airways.

This thickened, less functional mucus becomes a breeding ground for microorganisms, which can increase your risk of sinus, bronchial, or lung congestion and/or infection. Humidifiers may help keep the airways moist, but ensuring sufficient hydration from the inside out is critical to proper water content in our respiratory tract lining.

Obviously, staying well-hydrated by consuming sufficient water is important to maintaining moisture in the airways. In addition, there are safe and effective natural products that can improve the moisture content of the airway passages. An improvement in the water content of the airways from the inside-out leads to healthier mucus secretions, and as a result, leads to easier breathing.

The lining of the respiratory tract and lungs is composed of specialized cells and a barrier of mucus. These cells need a constant supply of essential nutrients in order for them to perform their important roles. They not only provide a structural role in protecting against pollution and infection, these cells play a manufacturing role as well. These cells produce mucin and other protective substances that line the airways that are critical in fighting off viruses and other harmful organisms.

To ensure adequate intake of all of the essential micronutrients critical to the functioning of these cells, consider taking a multiple vitamin and mineral formula. Be sure to take a multi that provides at least the recommended dietary intake level for key nutrients for the health of the epithelial cells of the airways and lungs.

Specifically, vitamin A, C, and D, beta-carotene, B vitamins, selenium, and zinc. These nutrients are crucial to the respiratory tract and lung health.

‌‌‌‌3 Supplements for the Respiratory System

Three of the most useful natural products that provide powerful support for lung and respiratory health are N-acetylcysteine, ivy extract, and protease enzymes.

These ingredients can be used individually or combined for even greater effectiveness.

A multiple vitamin and mineral formula that supplies recommended levels of key nutrients should also be considered.

N-acetylcysteine (NAC) is a derivative of the naturally occurring amino acid, cysteine. NAC has an extensive history of use in conventional medicine in the support of respiratory tract and lung function during acute and chronic lung conditions, including emphysema, bronchitis, asthma, and cystic fibrosis.

NAC works on thinning mucus by directly splitting the sulfur linkages that bind the mucoproteins together in thick mucus. By breaking these links, NAC reduces the thickness as well as the excessive “stickiness” (viscosity) when secretions of the respiratory tract have become too thick and sticky. As a result of helping to clear the airways, NAC improves respiratory health and lung function as noted by reducing coughing and improving the oxygen saturation in the blood.1,2

In a detailed analysis of 39 trials, it has been concluded that oral NAC reduces the risk of exacerbations (severe worsening) and improves symptoms in patients with chronic bronchitis compared with a placebo.2

In addition to its effects as a mucolytic, NAC can increase the manufacture of glutathione—a major antioxidant for the entire respiratory tract and lungs.3 Glutathione is critical in supporting respiratory health against pollution. When polluted air, smoke, or other damaging compounds are taken in during breathing, it is largely up to glutathione to block the damage and irritation these compounds can cause to the lungs and airways.

The typical dosage for NAC to reduce thickened mucus is 200 to 400 mg three times daily.

Ivy extract has a long history of use in supporting respiratory health in people dealing with asthma and COPD. Significant clinical research has validated the historical use of ivy in promoting lung and respiratory health by showing ivy has the ability to reduce bronchial spasm and improve respiratory secretions.4-7

Several double-blind studies have shown that ivy extract improves lung and respiratory tract function. For example, in one double-blind study, 25 children ages 10 to 15 years with asthma demonstrated improvements in lung capacity with ivy extract. The improvements were shown to be clinically relevant and statistically significant three hours after the children took the ivy extract. By day 10 of treatment, the effects were even more impressive.4

A more recent study with ivy extract looked at its ability to reduce nasal mucus production and secretion in people recovering from nasal surgery. Often after nasal surgery, the mucus becomes thick and excessive, which can set the stage for an infection. The study included 70 patients who had nasal surgery that were divided into two equal groups. The group treated with standardized dry ivy leaf extract syrup had significantly less nasal secretion and no development of local infection. In the control group, a local infection was evident in five patients (14.29%) and antibiotic therapy was required.7 You don’t have to undergo nasal surgery to take advantage of this effect of ivy extract. It is useful whenever the nasal passages are oversecreting mucus.

The typical dosage for the dry powdered extract is 100 mg twice daily.

Protease enzymes are often used in digestive formulas to aid in the breakdown of dietary protein, but they also breakdown thick or excess mucus. Protease splits the bonds between specific amino acids by basically adding water or hydrolyzing the bonds.

When taken on an empty stomach away from food, proteases are absorbed into the bloodstream to exert systemic effects including effects on mucus. Some specific proteases, such as bromelain and serrapeptase, have shown benefits in improving the composition, physical characteristics, and function of mucus. They are very useful anytime the mucus is too thick.

Bromelain and serrapeptase decrease the thickness of the mucus while at the same time increasing mucus production as well as dramatically increasing the clearing of the mucus from the respiratory tract. The net effect is the production of much more mucus that is effective in protecting the airways from irritation and blockage. Bromelain and serrapeptase are useful any time the airways are affected by thick or excess mucus secretions.8-12

Bromelain refers to a group of sulfur-containing enzymes that digest protein (proteolytic enzymes or proteases) obtained from the pineapple plant. The typical dosage for bromelain for respiratory indications is 250 to 750 mg three times per day between meals.

Serrapeptase is an enzyme that actually is produced from beneficial bacteria, Serratia marcescens, that resides in the intestines of silkworms. The silkworm puts the powerful effects of this enzyme to good use in order to breakdown its cocoon and frees itself as a transformed adult moth. As a dietary supplement, the dosage of serrapeptase is based on enzyme activity in the form of units of serrapeptase units or SPU. The dosage for supporting respiratory and lung health is 40,000 to 100,000 units up to three times daily.

For sinus congestion, try nasal irrigation with salt water using a Neti pot. When used properly, the saltwater will flow through the nasal cavity and relieve symptoms of congestion. Daily use is recommended during acute episodes, every other day for chronic conditions.

Nasal sprays featuring natural ingredients, such as xylitol or homeopathic remedies, can also be helpful at keeping membranes moist.

For bronchial and lung congestion, as well as for deeper sinus infections, try postural drainage. It is a simple, old-time therapy that works wonders. Apply a heating pad or hot water bottle to the chest for up to 20 minutes. Then perform postural drainage by lying face down with the top half of the body off of a bed, using the forearms as support. Maintain the position for five to 15 minutes, while you cough and expectorate into a basin or newspaper on the floor. Do this twice daily whenever there is significant airway congestion. 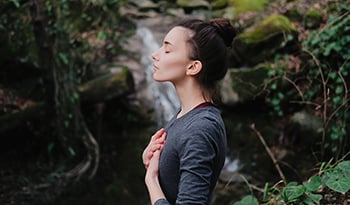 The thyroid gland is very important for human health, but thyroid problems are common. Here, we discuss some of the underlying causes of thyroid disease.