The Health Benefits of SAMe 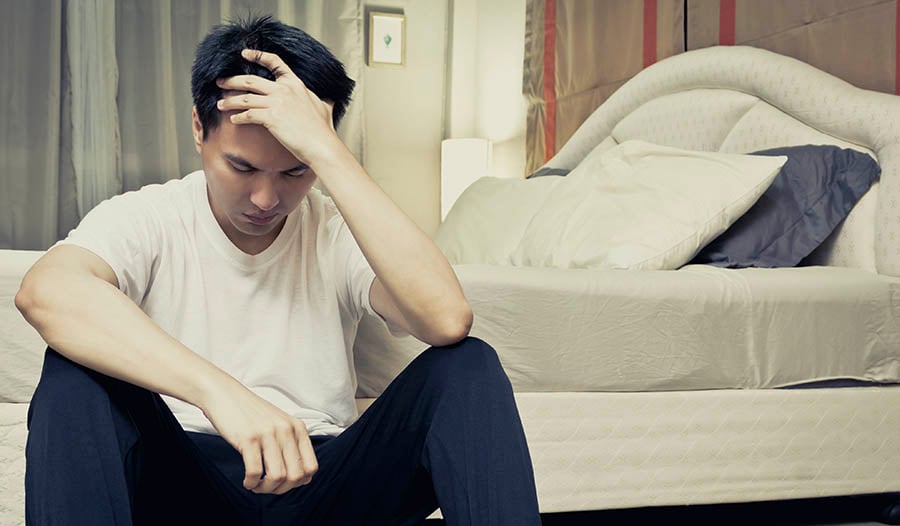 One of the very interesting effects of many natural compounds is their ability as a solitary agent to exert beneficial effects on a wide range of health conditions. One of the best examples of this “pleiotropic” effect is S-adenosylmethionine or as commonly known SAMe. Like coenzyme Q10, carnitine, alpha lipoic acid, and many other valuable dietary supplements, our body can manufacture SAMe. But, sometimes it does not manufacture enough or can be aided greatly through supplementation.

The beneficial effects of SAMe supplementation are far-reaching due to the central role SAMe plays in so many metabolic processes. Currently, there are four main uses of SAMe as a dietary supplement: depression, osteoarthritis, fibromyalgia, and liver disorders.

What is SAMe and What Does it Do?

SAMe is formed in the body by combining the essential amino acid methionine to adenosyl-triphosphate (ATP). B12 and folic acid are involved in the manufacture of SAMe, so a deficiency of these nutrients can lead to insufficient SAMe being made.

SAMe is involved in over 40 biochemical reactions in the body. It functions closely with folic acid and vitamin B12 in “methylation” reactions. Methylation is the process of adding a single carbon unit (a methyl group) to another molecule. SAMe is many times more effective in transferring methyl groups than other methyl donors. Methylation reactions are critical in the manufacture of many body components especially brain chemicals as well as in detoxification reactions.

Based on results from clinical studies it appears that SAMe is perhaps the most effective natural antidepressant. In fact, in these studies, SAMe has demonstrated better results than conventional antidepressant drugs with fewer side effects. In addition to generalized depression, SAMe also has been reported to produce significant effects in relieving postpartum (after pregnancy) depression and to reduce the anxiety and depression associated with drug detoxification and rehabilitation. Supplementing with SAMe in patients with depression is believed to improve mood via its ability to:

Numerous double-blind studies have demonstrated a significant advantage of SAMe over a placebo in improving mood. It also compares favorably to conventional antidepressant drugs in terms of efficacy and is much better tolerated. The latest study with SAMe in depression indicates that it can be used with selective serotonin reuptake inhibitors (SSRIs) like Prozac, Zoloft, Paxil, etc. In a double-blind, randomized clinical trial lasting six weeks, 73 depressed patients unresponsive to SSRI medications, were given 800 mg of SAMe or placebo twice daily along with their SSRI. The Hamilton Depression Scale response and remission rates were higher for patients treated with SAMe (36.1% and 25.8%, respectively) than the placebo (17.6% versus 11.7%, respectively). The side effects were no different in the SAMe than the placebo group. These results indicate that SAMe can be used safely with SSRIs and may have a synergistic effect.

Fibromyalgia is a common cause of chronic musculoskeletal pain, depression, and fatigue. SAMe has been shown in at least four clinical studies to produce excellent benefits in patients suffering from fibromyalgia. Improvements are noted by a significant reduction in the number of trigger points and painful areas as well as improvements in mood. SAMe appears to be a very important supplement in these patients.

SAMe has been shown to be quite beneficial in several liver disorders including cirrhosis, Gilbert’s syndrome (defined below), and oral contraceptive-induced liver damage. Its benefits are related to its function as the major methyl donor in the liver and promotion of detoxification reactions.

One of the key functions of SAMe in the liver is the inactivation of estrogens. Clinical studies have shown that SAMe is quite useful in protecting the liver from damage and improving liver function in conditions associated with estrogen excess - namely, oral contraceptive use, pregnancy and premenstrual syndrome.

SAMe has been shown to be quite helpful in the treatment of Gilbert's syndrome - a common syndrome characterized by a chronically elevated serum bilirubin level (1.2 to 3.0 mg/dL). Previously considered rare, this disorder is now known to affect as much as 5% of the general population. The condition is usually without symptoms, although some patients do complain about a loss of appetite, malaise, and fatigue (typical symptoms of impaired liver function). SAMe supplementation produces a significant decrease in serum bilirubin in patients with Gilbert's syndrome.

SAMe has also been shown to offer benefits in the treatment of more severe liver disorders including cirrhosis.

SAMe has also demonstrated impressive results in the treatment of osteoarthritis. A deficiency of SAMe in the joint tissue, just like a deficiency of glucosamine, leads to loss of the gel-like nature and shock absorbing qualities of cartilage. As a result, cartilage degeneration and osteoarthritis can develop.

SAMe has been studied in a total of 21,524 patients in detailed clinical trials. In these studies, SAMe has demonstrated similar reductions in pain scores and clinical symptoms to non-steroidal anti-inflammatory drugs like ibuprofen, indomethacin, naproxen, and piroxicam. While these drugs are associated with significant risk of toxicity, side effects, and actual promotion of the disease process in osteoarthritis, SAMe offers similar benefits without risk or side effect.

Two studies deserve special mention. The studies were on patients with osteoarthritis of the knee with considerable cartilage degeneration and compared SAMe (1200 mg/d) to the drugs nabumetone (Relafen, 1000 mg/d) and celecoxib (Celebrex, 200 mg/d). In the first study, SAMe was shown to be equal to nabumetone in effectively reducing pain intensity from baseline as well as inpatient and physician assessment; and index scores of joint function. In the study comparing SAMe to Celebrex, SAMe showed a slower onset of action but was judged as effective as celecoxib, but without the side effects.

Given the known risks for significant side effects with the use of these drugs for arthritis, the results from these new studies provide additional evidence that a natural approach that focuses on delivering improved nutrition to joint tissues is a more rational approach.

SAMe is usually recommended at a dosage of 200 to 400 mg twice daily. SAMe is generally extremely well- tolerated. No significant side effects have been reported with oral SAMe other than occasional nausea and gastrointestinal disturbances. SAMe is considered safe during pregnancy and lactation.

There are no known drug interactions with SAMe, but individuals with bipolar (manic) depression should not take SAMe unless under strict medical supervision because SAMe’s antidepressant activity may lead to the manic phase in these individuals.

A Quick Guide to Digestive Enzymes

One of the most popular natural digestive aids is enzyme supplements. This quick guide will answer some frequently asked questions on these valuable dietary supplements.

Lift Your Mood, Lower Your Pain, Light Up Your Brain—Naturally with SAMe

To us, SAMe (SAMe, SAM-e, S-adenosylmethionine, S-adenosyl-L-methionine, Adomethionine) is the most natural antidepressant because it participates in at least 100 biological pathways within the cells throughout our bodies.

Rhodiola rosea (Arctic Root, Rose Root, Golden Root, and Kingly Root) is the most powerful and versatile of an elite class of medicinal herbs called adaptogens for their effects on our ability to withstand a wide range of stressors—physical, psychological, toxic, chemical, infectious, neoplastic (cancerous), aging, and others.