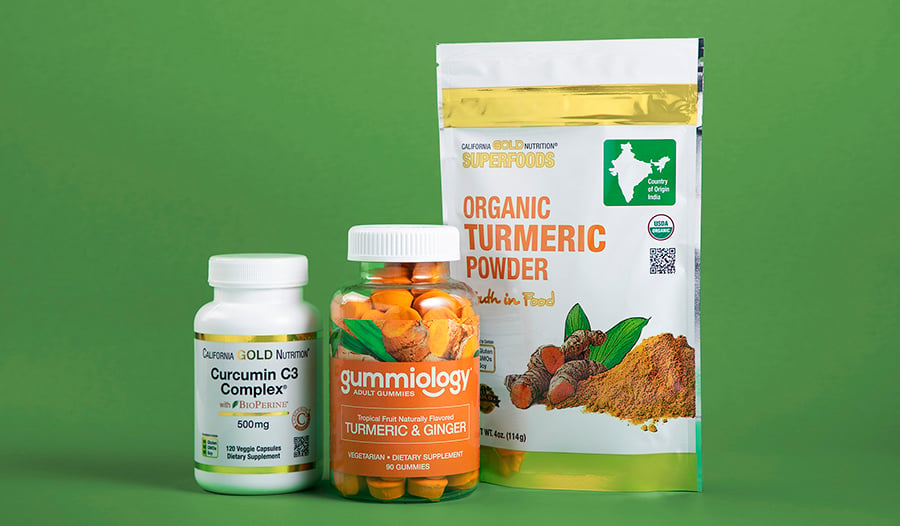 Turmeric is one of the most consumed herbs around the world, likely due to its perceived health benefits. Also known as curcuma longa and Indian saffron, turmeric has been used for thousands of years in Ayurvedic and Traditional Chinese Medicine for its anti-inflammatory, antioxidant, and digestive health properties. It is also now becoming popular among non-traditional healers—including physicians who practice Western medicine.

Curcumin, the active ingredient found in turmeric, was first isolated in 1815 by German scientists Vogel and Pelletier. While many people have used turmeric as a spice to enhance their food for over the past 4,000 years, today its use continues to be researched as an alternative treatment approach for many common sicknesses, injuries, and chronic diseases such as rheumatism and neurological issues like memory preservation.

Over the last few years, I have recommended turmeric to patients as a first-line approach for joint inflammation, or arthritis. The results have been great. Many patients have reported to me that they have been able to reduce their need for prescription anti-inflammatory drugs and, in some cases, opiate medications.

Traditional Chinese Medicine’s use of turmeric or jiang huang involved its perceived effect of being able to move a person’s “qi” or vital energy. Additionally, people believe turmeric improved blood flow, alleviated abdominal pain and helped restore disrupted menstrual cycles, also known as amenorrhea. Though its mechanism of action in these cases has yet to be confirmed, the tradition of using turmeric for these purposes continues to live on.

How Does Turmeric Work?

While we already know the active ingredient in the spice turmeric is curcumin, it appears that turmeric has numerous mechanisms of action, which explains why it has been used for an array of medical problems for so long. Scientific studies have shown that, at the molecular level, curcumin has anti-inflammatory activity and acts by suppressing numerous cellular pathways, including STAT3, Nrf2, RO, NF-κB (Nuclear Factor Kappa B), and COX-2. The latter two are common targets of pharmaceutical drugs such as non-steroidal (ibuprofen, diclofenac, naproxen, etc)  and steroids (prednisone, methyl-prednisolone). Many anti-tumor drugs also target NF-κB.

Top 5 Health Conditions That May Benefit From Turmeric

Arthritis, inflammation of the joints, is a condition that has affected humans since the beginning of time. Worldwide, over 500 million are affected — the most common types of arthritis are osteoarthritis (~95%) and rheumatoid arthritis (~5%). Before the advent of modern pharmaceuticals, those who were afflicted did not simply suffer endlessly from pain, but rather, they utilized nature’s herbs and organic foods to help minimize aches and discomforts. Today, as more people become concerned about the side effects of prescription drugs, many are seeking safer alternatives.

Studies also show turmeric to be helpful in reducing pain for both rheumatoid and osteoarthritis.  Scientists have discovered that turmeric can reduce inflammation similarly to multiple blockbuster prescription drugs. This herb can modify NF-κB signaling and reduce pro-inflammatory, which can cause a person to have arthritis pain. These chemicals are called COX-2 and 5-LOX.

In addition to curcumin supplements being helpful for arthritis pain, learn more about other natural treatments of arthritis.

Oxidative damage is the main process by which our bodies age and ultimately become damaged. Examples of oxidation include the browning of an air-exposed apple or banana left on the kitchen counter. The rusting of a steel bumper, when exposed to the elements, is also an instance of oxidation. Oxidative damage can be caused by the sun, air, sugar, processed foods, and toxic chemicals. Fruits and vegetables, which are highly concentrated with phytochemicals (plant chemicals), provide our bodies with protective antioxidants.

Turmeric is also a potent antioxidant, either when consumed as a spice or taken as a curcumin supplement. Oxidative damage is commonly believed to play a causative role in cancer and heart disease. According to a 2016 report in the journal Diseases, turmeric can help prevent oxidation.

Asthma is a common respiratory condition among children and adults. It is defined as a chronic and reversible obstructive airway disease which normally responds to albuterol medication therapy. Fortunately, if the cause is determined, and the condition is correctly diagnosed, asthma can be treated successfully. Despite our ability to control asthma symptoms, preventing attacks is also very important. Curcumin appears to play an important role.

A 2010 study demonstrated improved management of bronchial asthma with the use of turmeric when consumed with Boswellia serrata and licorice root. The results showed greater prevention of excessive swelling and mucous production associated with asthma, reducing inflammation, and increasing antioxidant properties.

A 2014 study in the Journal of Clinical and Diagnostic Research also concluded that turmeric, when taken orally, could help improve lung function in those with asthma.

Further, a 2019 study showed that turmeric could not only help reduce inflammation in the airways but also reduce mucous secretion. Curcumin’s potential benefit in reducing lung inflammation in treating those with asthma was also demonstrated in a 2018 study.

Depressive disorder affects millions of people worldwide. The causes can be complex, stemming from a combination of social stresses and biochemical imbalance. Symptoms include a desire to sleep, decreased interest in activities, feelings of guilt, trouble concentrating, moving slowly, and sometimes, thoughts of self-harm. When present, seeking the assistance of a healthcare professional is crucial.

Many look for natural alternatives to help with depression. A 2008 study showed that turmeric could help increase both serotonin and dopamine levels, providing the mechanism by which it could be helpful in the treatment of depression. In this study, they also utilized piperine, which provided a synergistic effect. A 2014 study showed that turmeric was effective and safe in treating major depression in those without suicidal ideations.

A meta-analysis study from 2020 screened 930 studies and included nine in their final analysis.  The researchers observed that curcumin was generally well-tolerated and, if added to standard care, might improve depressive and anxiety symptoms in those with depression. However, they warned that due to their small sample size, their results should be “cautiously interpreted.”

There are many types of dementia. Alzheimer’s disease, a brain disorder that generally affects older adults, is the most common. Memory loss, confusion, and difficulty understanding common interactions are some of the most prevalent symptoms of this progressive and devastating condition.

When it comes to brain health, Dr. Dale Bredesen of the University of California, Los Angeles and author of the 2017 book The End of Alzheimer’s considers turmeric an important part of improving symptoms of dementia and Alzheimer’s. Many scientific studies show proof of its usefulness. One study showed that turmeric may play a role in decreasing amyloid plaque buildup in the brain, the accumulation of which is believed to be the cause of Alzheimer’s disease.

Another study from 2017 in the Journal of Alzheimer’s Disease concluded that turmeric could play an important role in preventing memory loss. There is much excitement surrounding turmeric’s possible role in preventing mild cognitive impairment and, ultimately, Alzheimer’s disease. It should be considered an essential supplement for anyone wanting to optimize memory.

A 2018 study separated 40 people without dementia into two groups. Twenty were given turmeric while the other 20 were given a placebo supplement. The subjects were followed for 18 months with researchers concluding that turmeric improved memory in those with no cognitive impairment. The participants then underwent a brain scan (FDDNP-PET), which further showed turmeric also reduced the deposition of the proteins in the brain (amyloid and tau) that are associated with dementia.

Other conditions that turmeric may help with, according to studies include:

Because of the potential to interact with certain medications, please speak with your doctor first to determine if the consumption of turmeric or its derivative curcumin is the right choice for you. The following are possible drug interactions:

Many people consume turmeric by drinking it in tea form, using it as a powder for some skin conditions, and also swallowing it in capsule form. Curcumin/turmeric supplements are usually taken at doses of 500 mg daily or 500 mg up to three to four times per day.

This article was written by Eric Madrid MD, ABIHM who is Board Certified by the American Board of Family Medicine and by the American Board of Integrative Holistic Medicine. He is author of Vitamin D Prescription, the Healing Power of the Sun. Dr. Madrid graduated from The Ohio State University School of Medicine. He is a partner at Rancho Family Medical Group and practices in Menifee, California. Get more info on Dr. Madrid at ericmadridmd.com. 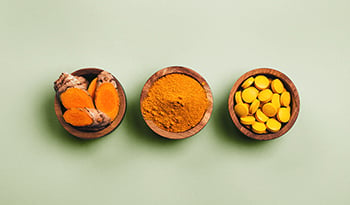 How to Use Turmeric—Benefits, Joint Health, and Dosage

35,976 Views
Incorporating turmeric and curcumin supplements into your everyday routine is a great way to support healthy function and maintain joint health. 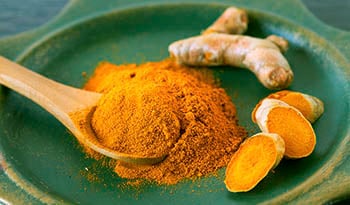 226,169 Views
How can you improve your health? The answer could be a spice in your cupboards! Turmeric, also known as Curcuma longa and Indian saffron, is a rooted plant of the ginger family, often consumed for its anti-inflammatory, anti-oxidant, and digestive health properties. Curcumin, a chemical found in turmeric, is believed to provide many of the health benefits. While many people have used turmeric as a spice to enhance their food for over the past 4,000 years, turmeric has played an important role in medicine! Today, its use continues to be researched as an alternative treatment approach for many common illnesses, injuries, and chronic diseases. 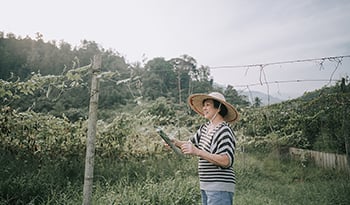